Work to improve two Kenilworth parks will soon be starting, Warwick District Council has confirmed. Ebourne Recreation Ground in Ebourne Close and Bates Memorial Field off The Gardens and Hermitage Way are set to be improved by the council’s green spaces team following a public consultation.

The consultation will be sent out to nearby residents ‘over the coming weeks’ to get their thoughts on the improvements.

Proposed improvements to Ebourne Recreation Ground include works to the footpaths, better management of vegetation, improvements to encourage wildlife in the park, and better playground equipment.

The improvements to both parks should cost between £20,000 and £50,000 each, although a detailed plan of costs has not been made yet. Bates Memorial Field will have similar work done to it, although there are no plans to encourage more wildlife to settle in the park.

Warwick District Council’s portfolio holder for green spaces Cllr Dave Shilton confirmed the sites had been assessed and the consultation would start ‘imminently’. He added:

“I’m very impressed with the council’s ambitious plans for these parks, which when complete will see an improvement in accessibility, landscaping and play equipment. I hope that local residents will take the opportunity to have their say.”

Improvements to Ebourne Recreation Ground have been more than 12 months in the making. Possible changes to make the park better were announced at the Kenilworth Community Forum held in February 2016.

During the meeting, it was said a consultation would start ‘soon’ on the improvements to the park’s signs, litter bins and seating.

This was made clear in the meeting’s minutes. But delays came to possible improvements because of the park’s history as a landfill site. Cllr Shilton had previously said the council had ‘a duty of care’ to residents in ensuring the site was completely safe before any work to improve it started.

Both parks received a quality score of 54 per cent in a district council survey of all parks in 2012. This identified the parks and their facilities as being ‘average’.

A gate at one of the entrances to Ebourne Rec is broken, and some of the playing equipment in the children’s play area is noticeably old and rusty. As well as a park for people to visit, Ebourne Rec is often used as a shortcut by Kenilworth School pupils travelling to and from Farmer Ward Road. 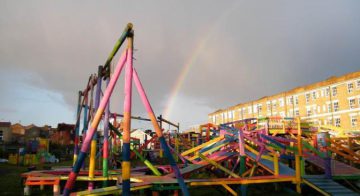 An Overview of Playwork Qualifications in the UK

14th February 2017 –  Changes to the regulatory framework and a steep decline in services have led to a fragmented landscape for playwork qualifications in the UK. This briefing, produced in consultation with the four UK national play bodies, attempts to clarify the picture in each of the home nations. If you would prefer to download... Read more »
Read more 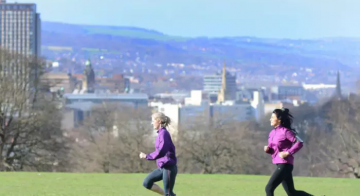 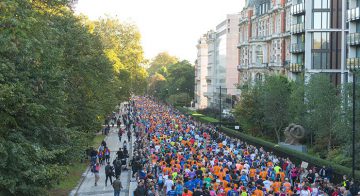 10 YRS OF ROYAL PARKS HALF MARATHON

8th February 2017 –  The Royal Parks Foundation Half Marathon will be celebrating its tenth year in October when 16,000 runners take to the streets and parks of London for its October 8, 2017 event. Launching back in 2008, it was the first race of its kind to take in the major parks of central... Read more »
Read more
View all articles