The council is looking to cut £2.8 million from the parks budget

Bristol City Council has promised not to sell off any of the city’s parks as it wrestles with a £108 million deficit.

The pledge came at a lively council meeting on Tuesday November 14, in which dozens of members of the public and councillors stood up to defend parks and ask for proposed cuts to be scaled back.

Conservative councillor Mark Weston – who proposed a motion to reduce the severity of the budget cut – said the council was in danger of “hollowing out its parks”.

And secretary of the Bristol Parks Forum, Rob Acton-Campbell, said the proposed cuts could impact on the health of Bristol residents before handing over a ‘Protect Our Parks’ petition with 4,411 signatures.

In the face of widespread dissatisfaction, deputy mayor for communities Asher Craig said the council would retain all its parks and green spaces and was committed to keeping them free and available to all city residents.

“We will not be selling off any parks or green spaces.”

News that the parks budget would have to be drastically cut first emerged in February.

And last month the authority launched a public consultation detailing how it aims to save £2.8million by cutting back on park maintenance, grass cutting, planting and toilet opening hours.

The council also wants to increase the amount parks make by increasing the cost of event permits, start charging fitness companies and dog walkers and introducing advertising among others.

Mr Acton-Campbell said no other council in the country has been able to make the proposed level of cuts.

“Bristol’s parks & green spaces are important to the people of Bristol and to their health and wellbeing. They also play a vital role in attracting visitors to the city and reducing the impact of air pollution and climate change, the current plans place our parks at great risk.

“Unless Bristol Parks find ways to replace all this funding with additional income there is a high risk that there will be a drastic cut in the maintenance of parks that will lead to a downward spiral of reduced use and increased anti-social behaviour as standards fall.”

However, he said creating a separate trust for the parks could be considered, if the council would be willing to underwrite it with a commercial venture.

Dozens of members of the public put forward statements, including Alan Aburrow, who claimed the cuts were not properly costed.

“The aim is flawed and not committed to scrutiny. Just how does the council begin to think they can redress the shortfall? They are just kicking the can down the road to 2019.”

Despite support from the Greens and Liberal Democrats, Mr Weston’s motion did pass the vote.

“It is a plan for decay, this is unachievable. Everyone is telling you that nowhere else in the country has been able to make this level of cuts. You know it can’t be done.

“You are going to have to look at your residents in the eye and say you can do this, while everyone else will have their eyebrows raised saying you can’t.”

Although the current consultation faced criticism in the chamber, Ms Craig said the outlook has improved for parks as the council is no longer looking to make them cost neutral and has knocked £1.69million from its budget cut.

She said the council is also going to central government to ask for more funding for parks and green spaces.

“We want to be positive and ambitious for our parks”, Ms Craig added.

“There is a real opportunity to be inventive and to protect our parks for the future. Bristol’s parks and green spaces are vital for the city’s infrastructure.

“But maintaining parks and green spaces is getting more difficult.”

The consultation is now open and runs until midnight on Monday, January 29, 2018.

The council will look at the responses before developing final proposals. The final decision on the overall budget and Corporate Strategy rests with Full Council, which will meet on 20 February 2018. 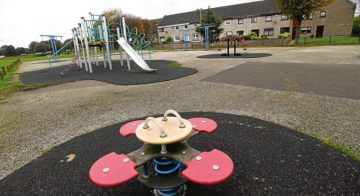 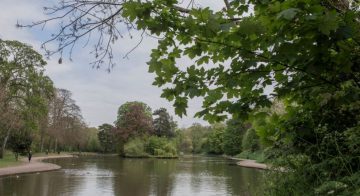 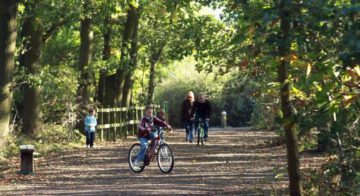 Friday 6th October 2017 IMPROVEMENT works worth £225,000 could be carried out on a pair of popular beauty spots. Colchester Council has set out initial allocations on how to spend cash handed out from the Government’s New Homes Bonus during this municipal year. Proposals set to be discussed by the authority’s cabinet next week have suggested... Read more »
Read more
View all articles