Careful consideration should be given to both site preparation and species selection before planting trees, according to environment and horticultural consultant Peter Thurman.

“Compaction kills trees, and is difficult to sort out,” he warned during a seminar at Barcham Trees on 5 October. “Impervious surfaces are not conducive to gaseous exchange, and tree houses are also a threat, so it is better to design free-standing ones.”

Thurman, who is also a landscape and garden designer, recommended evaluating the soil beforehand by digging trial pits, looking at soil maps or conducting a basic soil test, adding that the dangers of bonfires, damage from mowers and strimmers should also be anticipated before planting.

While square planting pits help the roots break out better from the rootball, “it’s important the pit is as shallow as possible”, so keeping the flare of the tree’s trunk visible, Thurman said, adding: “Planting too deeply is a common mistake and can easily kill the tree.”

He expressed scepticism on the value of adding mycorrhizal fungi, saying: “In natural environments, they increase root growth, but they will be killed by all sorts of things in less natural places, and as most are host-specific their value is further diminished,”

As for mulches, those from hawthorn and cherry are especially valuable to newly planted trees, while those made from Ailanthus altissima (tree of heaven) are toxic.

Indeed Ailanthus “is invasive and is actually banned in the USA”, he pointed out, while the variegated Acer platanoides ‘Drumondii’ “invariably reverts”, and the horse chestnut (Aesculus hippocastanum) “has bleeding canker, leaf fungus and leaf miner with which to contend”.

Taking delegates on a tour of the Cambridgeshire nursery, Thurman pointed out what he felt were more worthy amenity trees, noting that both Metasequoia glyptostroboides (dawn redwood) and Ligustrum japonicum (Japanese tree privet) are now being planted as street trees in London, while suggesting the “very tough and hardy” Lagerstroemia indica (crape myrtle) as a good choice for school gardens.

Acer buergerianum (trident maple) “is a plant for the future that gives plenty of seasonal interest”, he said, while Styphnolobium japonicum, syn. Sophora japonica (Japanese pagoda tree), in widespread use as a street tree in Italy and southern Germany, “is tough and long-lived”.

The holm oak (Quercus ilex), often looks drab in Britain, but looks better in the Mediterranean light, he added.

He suggested Calocedrus decurrens (incense or pencil cedar) as an alternative to Cupressus sempervirens (Italian cypress), saying that while unremarkable looking when young, its mature shape would enhance almost any landscape.

Barcham sales executive David Johnson said Acer × freemanii ‘Autumn Blaze’, a naturally occurring hybrid of A. rubrum and A. saccharinum, “has the beauty of the rubrum and the toughness of saccharinum”, adding: “Although widely planted in the USA, it is less well known here and is a very fast grower.” 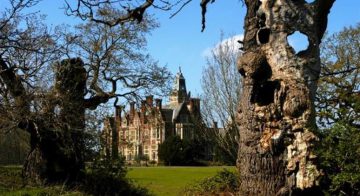 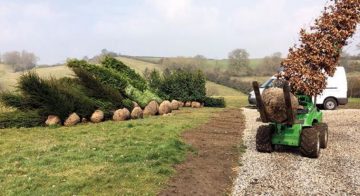 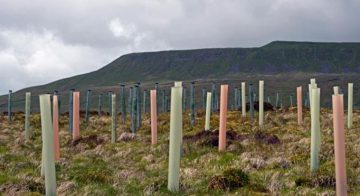 20th July 2017, by Gavin McEwan A £13 million fund to help landowners in England plant more trees to protect wildlife, boost the timber sector and reduce flood risk will open at the end of the year for applications, forestry minister Thérèse Coffey has confirmed. Farmers, foresters and land managers across the UK will be... Read more »
Read more
View all articles