Be careful!” “Not so far!” “Get down!” Most parents can relate to having shouted these words. Their children typically react with disappointment that their fun was cut short, or with worry that they are less capable than they thought, or with confusion because they don’t understand what their parent is warning them about. This risk-averse approach is part of a societal trend that views children’s risk taking as unequivocally negative. Not long ago, the sound of children playing outside was a regular fixture on most residential streets. Now, children on the streets are an endangered species. Over protection has become the norm, and risk is considered synonymous with danger.

After spending several years reviewing child-injury statistics and researching injury prevention, it is clear to me that we are putting excessive limitations on children’s play despite the fact that serious injuries are rare. For example, recent research showed that children would have to play outside for three hours per day for approximately 10 years before they were likely to have one medically treated (and likely minor) injury. Many injury-prevention initiatives are driven by fear and worry rather than research, evidence, and childcentred decision making.

Children need the freedom to play how they choose, including taking risks and engaging in risky play. My own and others’ research (Brussoni et al., 2015) points to the importance of risk-taking opportunities in play for children’s health and development, including promoting self-confidence, social development, physical activity, and resilience. Risky play helps them learn about the world and how it works, learn about themselves and what their limits are, and learn how to keep themselves safe. When we try to limit children’s risky play, we rob them of these fundamental opportunities, which ironically, could result in them being less safe. This is because children learn risk management skills through exploring risk in play that they can apply to other situations. If they have an adult doing all the risk management for them, they will not learn how to do this for themselves. 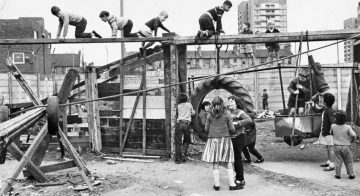 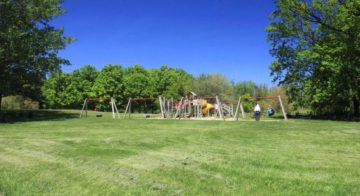 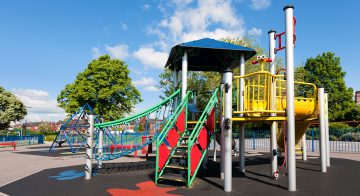 19th April 2017 – Research undertaken by the API has uncovered the extent to which local authorities across the country have been closing children’s playgrounds. The API have been promoting this agenda very strongly on social media, including the ‘Nowhere2play’ campaign.  Commenting Mark Hardy, Chairman of the API said: “With increasing childhood obesity and the... Read more »
Read more
View all articles