Carillion Joint Ventures has won a £1.1 billion joint construction and services contract extension with the Ministry of Defence (MOD), to include landscaping and grounds maintenance.

The contract variation will see the Aspire Defence Capital Works Joint Venture, made of a Carillion and KBR partnership in a 50/50 split, construct 130 new buildings, together with extensions and alterations to existing buildings, and the landscape to go with them. The joint venture also covers grounds maintenance for the duration of the contract, expected to start with the completion of the first building in May 2017 and to run until 2041.

The new work is an extension to the existing Project Allenby/Connaught (PAC), a 35-year contract let by the UK Ministry of Defence to Aspire Defence (ADCW) in 2006 and the largest infrastructure Private Finance Initiative (PFI) project ever let by the MOD. So far it has seen construction or refurbishment of around 550 garrison buildings across Salisbury Plain, including landscape design and construction. Since building completion, Aspire has also maintained the grounds. Grounds maintenance is currently sub-contracted to Gavin Jones.

Landscape Architecture is provided by Capita Lovejoy, which has designed “a comprehensively robust plant palette” “to enable a soft, landscaped setting for the majority of new buildings”, an ADCW spokeswoman said.

“The main emphasis is around the living accommodation, both to provide separation between regiments and different uses and to aid orientation through the use of shade trees and targeted planting of mixed shrub and herbaceous beds.

“The soft landscaping within technical areas reflects their more functional requirements and predominantly focusses on emphasising entrances to key administrative buildings. The value of the soft estate is a vital consideration to an overall green infrastructure strategy and ADCW is working closely with Wiltshire Council and Historic England to ensure that the landscaping is aesthetically appropriate both for those who live and work within each camp and also in the contribution it provides to the wider environment, beyond the perimeter fence,” she added.

This contract variation will add approximately a further £430 million of support services revenue over the remaining 25-year contract, of which Carillion’s share will be approximately £215 million.

The construction works have an estimated value of £680 million, of which Carillion’s share will be 50 per cent or some £340 million.  Work is expected to start immediately with completion scheduled for 2020.

The contract supports the Army Basing Programme, a series of unit moves and re-roles within the UK, and the return and resettlement of troops from Germany by 2019 at sites across Salisbury Plain Training Area and at Aldershot.

Carillion chief executive, Richard Howson, said he believed the reason that Aspire Defence Limited and its sub-contractors ADCW and Aspire Defence Services were chosen by the MOD “reflects in the successful delivery of new living and working accommodation along with associated assets for Project Allenby/Connaught, together with the high-quality, value-for-money services that will continue to be provided for this project.

“We look forward to continuing our strong relationship with Aspire Defence Limited and to working together on behalf of the Ministry of Defence,” he added. 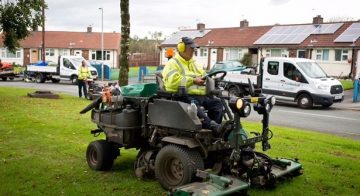 13th September 2016 – Construction firm ForWorks has secured a £15.6 million contact to deliver grounds maintenance work in Salford. The North West based business will manage more than 500 sites across the city for client City West Housing Trust, with work including the maintenance of green spaces and hedges, playground nspections, tree and shrubbery inspections... Read more »
Read more 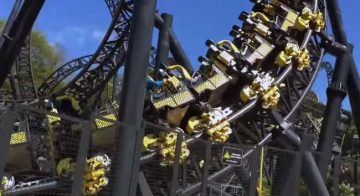 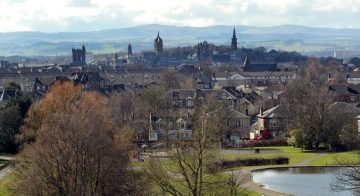 PSSLive+ is the smarter way to capture, manage and maintain all your Asset and Inspection needs, whatever you survey.